The Salish Sea Ecosystem Conference is the largest, most comprehensive event of its kind in the region. The purpose of the conference is to assemble scientists, First Nations and tribal government representatives, resource managers, community/business leaders, policy makers, educators and students to present the latest scientific research on the state of the ecosystem, and to guide future actions for protecting and restoring the Salish Sea Ecosystem. To accomplish its purpose, the conference will feature plenary sessions with keynote speakers, concurrent sessions featuring oral presentations, poster presentations, workshops, frequent opportunities for informal networking, and related off-program events. 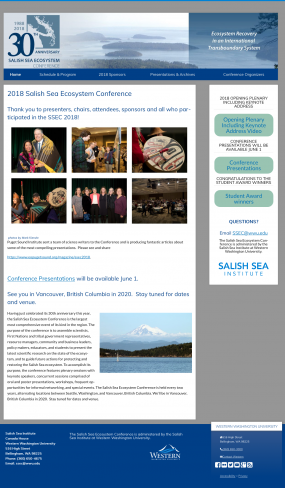 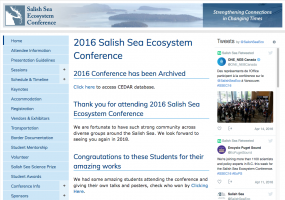 The 2016 Salish Sea Ecosystem Conference took place April 13-15 at the Westin Bayshore in Vancouver BC. Over 1100 scientists and policy experts attended. 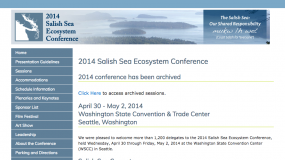 The 2014 Salish Sea Ecosystem Conference took place April 30-May 2 at the Washington State Convention Center in downtown Seattle. Over 1200 delegates attended the conference. 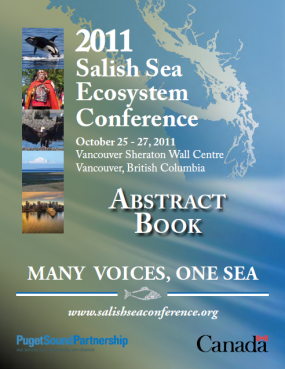 The 2011 Salish Sea Ecosystem Conference was held October 25 to 27 at the Sheraton Wall Centre in Vancouver, British Columbia. This event brought together a diverse group of government officials, community leaders, First Nations and tribal members, environmental managers, scientists and academics to learn from each other about the state and threats to the shared ecosystem. Over 950 delegates attended.

The 1988-2009 conferences Puget Sound Research and Puget Sound Georgia Basin are the predecessors of the Salish Sea Ecosystem Conference.

1988 Committee on Research in Puget Sound

This report presents the findings and recommendations of the Committee. The recommendations will be presented for comment and discussion by participants at the First Annual Meeting on Puget Sound Research, which will be convened in Seattle on March 18 and 19, 1988.