Bald eagles (Haliaeetus leucocephalus) are present year-round throughout most parts of Washington with the highest densities in the Puget Sound region. Individuals occur in the Puget Sound basin as migrants, winter residents and members of the breeding population. They are often associated with shorelines and large, open expanses of water. 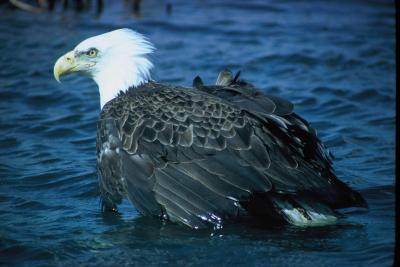 The Puget Sound region has the highest densities of bald eagles in Washington. Breeding pairs initiate nesting activities in January or February. 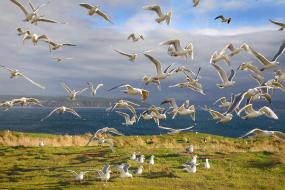 An unintended consequence of the recovery of bald eagles (Haliaeetus leucocephalus) has been the impact on seabirds. The authors of a 2019 paper published in Ecology and Evolution suggest that the effects of bald eagle activity on a large glaucous-winged gull (Larus glaucescens) colony on Protection Island in the Strait of Juan de Fuca include the possibility of coexistence but also the possibility of gull colony extinction. 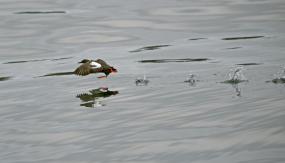 Pigeon guillemots have attracted relatively little scientific attention compared to other seabirds in Puget Sound. That may be because their population is generally stable, but a group of citizen scientists is helping to put guillemots on the conservation radar. They hope the birds can be used as an indicator of Puget Sound health.