There are several ways that scientists and managers have defined the boundaries of Puget Sound. To oceanographers, Puget Sound includes the waters from Admiralty Inlet and Deception Pass to the southern tip of Olympia. However, many management and conservation efforts incorporate the entire watershed—the land where rivers and streams drain into Puget Sound—as well as the Strait of Juan de Fuca, Hood Canal and the San Juan Archipelago. 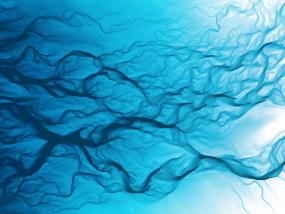 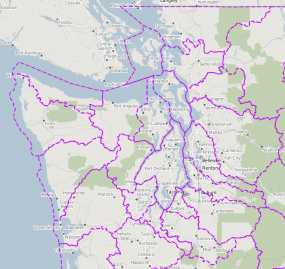 The Washington State Department of Ecology and other state natural resources agencies have divided the Washington into 62 "Water Resource Inventory Areas" or "WRIAs" to delineate the state's major watersheds. 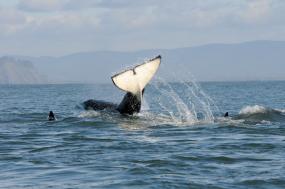 The Salish Sea’s endangered southern resident orcas travel freely across the U.S.-Canada border, unconstrained by political boundaries. But while they don’t require passports, they can still face differing policies and conditions as they go back and forth between nations. We look at some of the ways that the United States and Canada compare in their efforts to protect the whales. 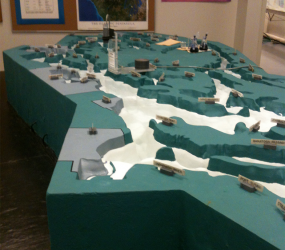 The Puget Sound Model was designed and built in the early 1950s at the University of Washington School of Oceanography as a research and teaching tool for understanding Puget Sound circulation patterns. 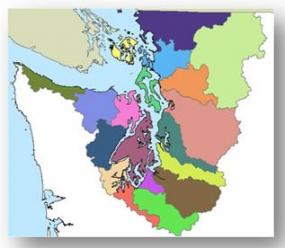 This project is a coarse-scale, systematic characterization of different areas within the Puget Sound watershed, aimed at providing a framework for land use discussions. 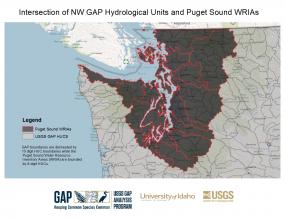 The Encyclopedia of Puget Sound, in cooperation with the USGS, has developed a list of terrestrial vertebrates occurring within the Puget Sound basin.