B-IBI, which stands for "Benthic Index of Biotic Integrity," is a measure of stream health based on the type and number of various benthic invertebrates found in a sample. High-scoring streams tend to have a large variety of invertebrates. Extra points are given for species that cannot survive without clean, cool water. Low-scoring streams are generally dominated by a few species able to survive under the worst conditions. B-IBI was chosen by the Puget Sound Partnership as an indicator of stream health in the Puget Sound watershed. 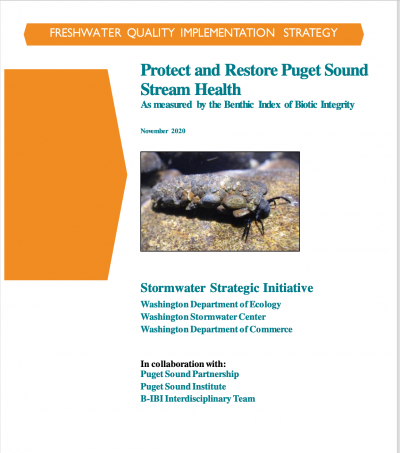 The Benthic Index of Biotic Integrity (B-IBI) Implementation Strategy is designed to improve freshwater quality by analyzing the health and diversity of invertebrate populations in Puget Sound area streams. 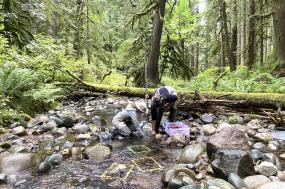 Can 'bug seeding' improve the health of local creeks?

Bug seeding involves moving beneficial insects and other aquatic invertebrates from healthy streams to streams where these creatures are missing from the food web. 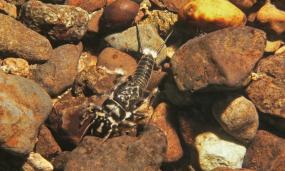 Many creeks and waterbodies in Puget Sound may look pristine, but most face serious threats from stormwater pollution. A new study at Soos Creek shows how mud-dwelling bugs, traditional chemistry and digital "heatmaps" can be used to track stormwater impacts and identify the most polluted areas. Scientists and planners hope that this may one day lower the price tag on costly stormwater fixes. 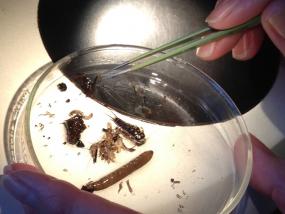 Many groups have been formed around the goal of saving salmon, but few people talk about a concerted effort to save microscopic creatures. Whether or not a pro-bug movement catches on, future strategies to save salmon are likely to incorporate ideas for restoring streambound creatures known as benthic invertebrates.