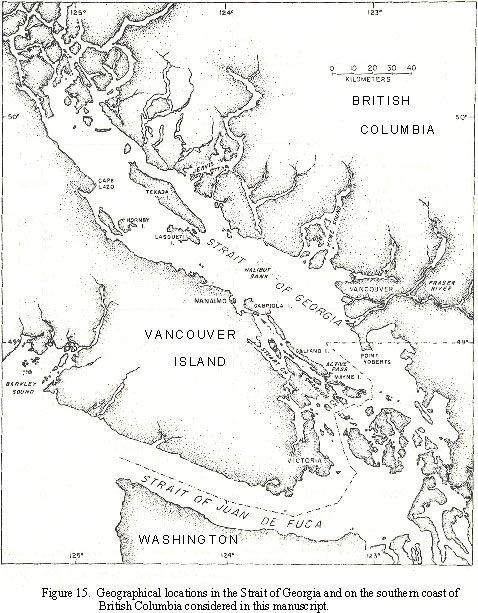 “The Georgia Basin is an international water body that encompasses the marine waters of Puget Sound, the Strait of Georgia, and the Strait of Juan de Fuca. The coastal drainage of the Georgia Basin is bounded to the west and south by the Olympic and Vancouver Island mountains and to the north and east by the Cascade and Coast mountains. At sea level, the Basin has a mild maritime climate and is dryer than other parts of the coast due to the rain shadow of the Olympic and Vancouver Island mountains. At sea level, air temperatures range from 0o to 5oC in January and 12o to 22oC in July, and winds are typically channeled by the local topography and blow along longitudinal axes of the straits and sounds. Winds are predominantly from the southeast in winter and the northwest in summer.”